Dr. Ron Lehman is a Nationally and Internationally recognized leader in spine surgery, performing the most complex Scoliosis and Kyphosis operations in Pediatric and Adult patients. In addition, he performs both cervical and lumbar spine operations utilizing minimally invasive (MIS), robotic and microscopic surgical techniques.

What sets Dr. Lehman apart from other spine surgeons is his ability to tailor surgeries to each patient’s specific needs. As one of the few spine surgeons in the country that performs every type of spine operation, it gives him a unique perspective to utilize the best possible surgical approach for what each individual patient requires. This allows him to use minimally invasive or microscopic techniques when appropriate, but also determine if a more formal scoliosis correction is needed to best allow the patient to achieve a high return to function. He holds leadership positions in many of the top spine societies, and charges himself with assisting in the advancement of outcomes and spinal care for his patients. Dr. Lehman is passionate about excellent patient outcomes, advancing spinal surgery through research and technology, and progressing spinal surgery education.

Dr. Lehman graduated from the United States Military Academy at West Point, NY, in 1993 where he was a letterman in collegiate athletics. He earned his Medical Degree at Jefferson Medical College in Philadelphia.

Dr. Lehman completed his Residency at Walter Reed Army Medical Center in Washington D.C., and assisted in the care of our nation’s heroes after they returned from the wars in Iraq and Afghanistan.

Following his Orthopedic Residency, he was selected for Spine Fellowship at the prestigious Washington University School of Medicine in St. Louis, MO.  He learned the intricacies of complex Pediatric and Adult Spinal Deformity (scoliosis and kyphosis) and studied under Dr. Lawrence Lenke and Dr. Keith Bridwell.

Dr. Lehman served in the United States Army as a Lieutenant Colonel (LTC) for 17 years. During his time in the US Army, Dr. Lehman was the Chief of Pediatric and Adult Spine at Walter Reed Army Medical Center in Washington, D.C for almost 10 years.

While on staff at Walter Reed, he served as:

In 2014, Dr. Lehman was recruited to return to Washington University in St. Louis, MO to complete an Advanced Clinical Fellowship in Complex Pediatric and Adult Spinal deformity, working alongside Dr. Lenke as his partner for addressing the most complex scoliosis and kyphosis cases in children and adults. He served as Professor, with Tenure, of Orthopedic and Neurological Surgery at Washington University from 2014-2015.

Dr. Lehman then underwent a National recruitment, along with his two partners, Drs. Lawrence Lenke and K. Daniel Riew, to build THE SPINE HOSPITAL with Columbia Doctors Orthopedics and New York Presbyterian. This was something that has never occurred in the history of spine surgery, where three Full Professors were recruited in order to establish the premier Spine Hospital in the world. Currently Dr. Lehman serves as a Full Professor with Tenure, Columbia University Department of Orthopedic Spine. He is a crucial part of shaping the Spine Hospital, following the dream of creating a hospital dedicated to excellent care of spine patients and creating amazing outcomes for those patients.

Dr. Lehman’s dedication to research and advancement of spine treatments and care for his patients is clear. He has: 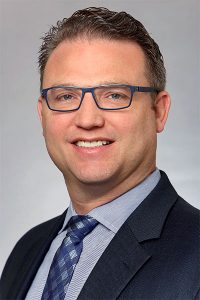 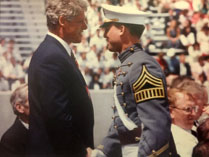 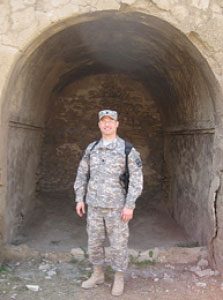 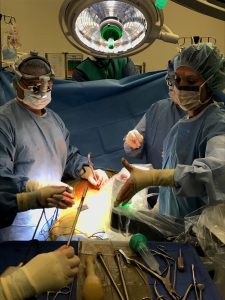 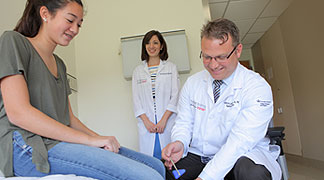 Dr. Lehman's practice focuses on ALL PEDIATRIC AND ADULT SPINE PROBLEMS
One recent patient comments:
I had major back surgery with Dr. Lehman. He and his team did an amazing job. I was all bent over and now I am standing straight. My walking has improved 100 percent. I highly recommend him to others. —Richard A. ...
- He and his team did an amazing job.—Richard A. more..
News + Updates
Inside NYP: Dr. Ronald Lehman
Dr. Lehman on “Which Doctor Can Help Me With Back Pain?” Article
Ronald A. Lehman, Jr., MD Makes 2017 Super Doctors List
Browse All News
Learn about Spine Conditions and Treatments