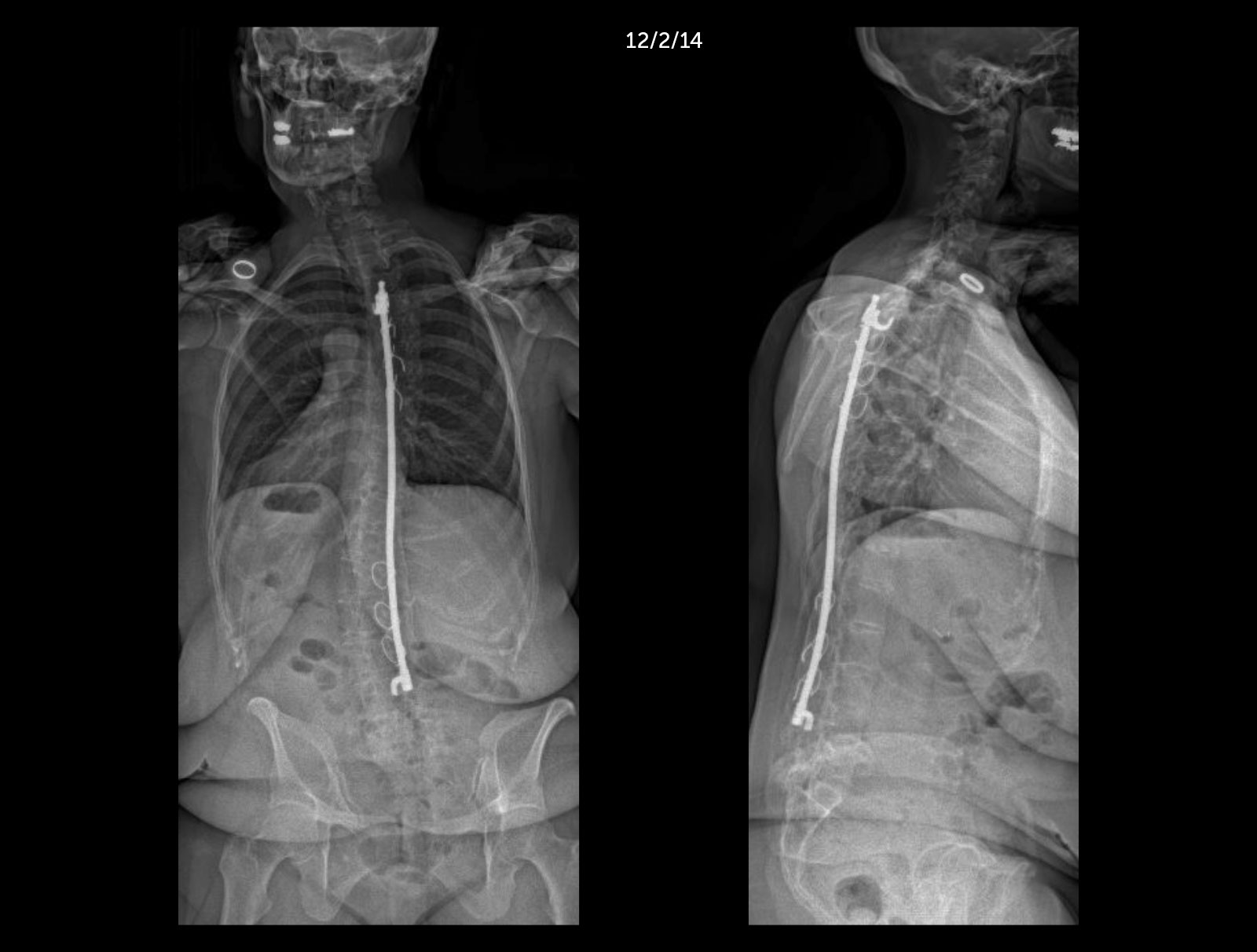 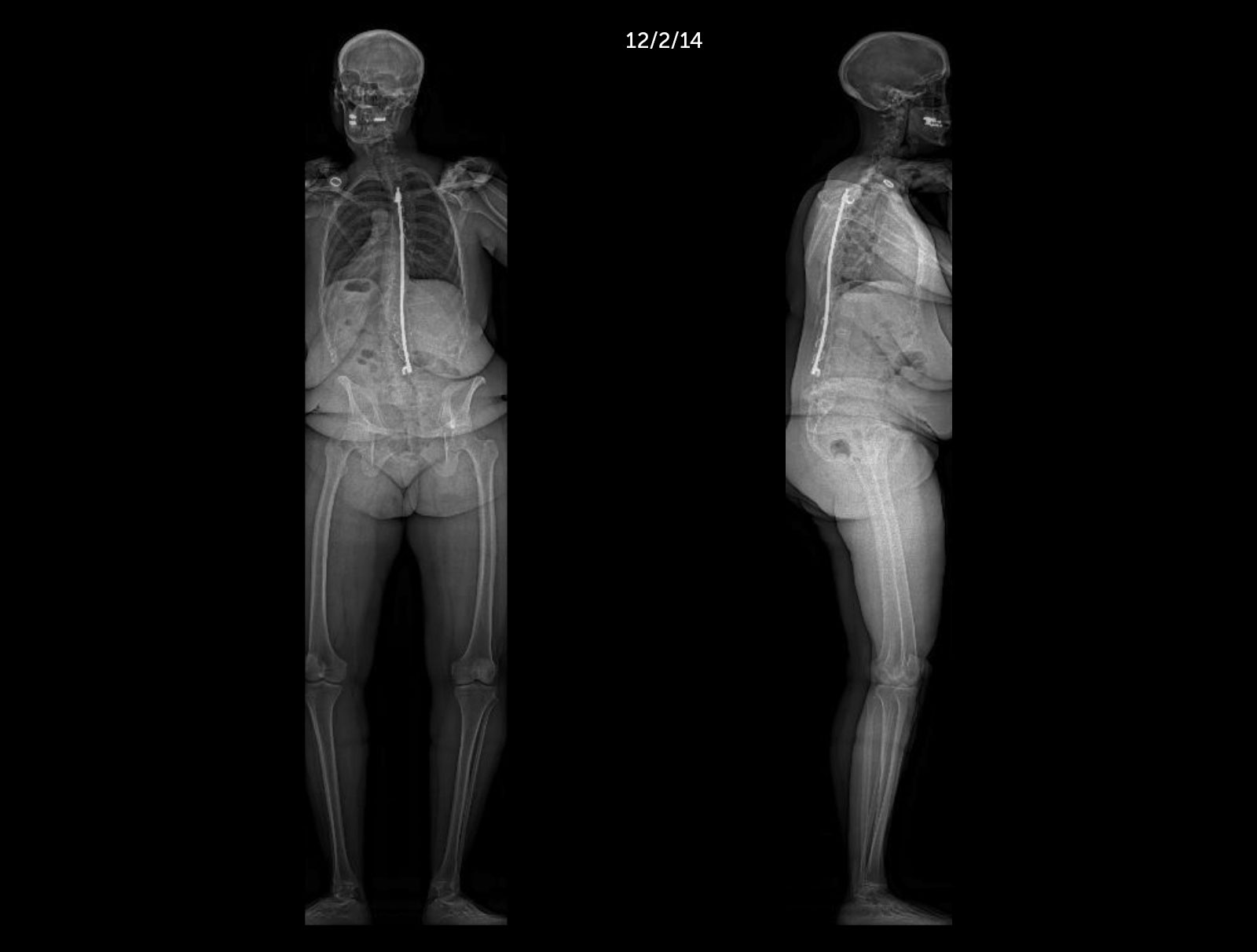 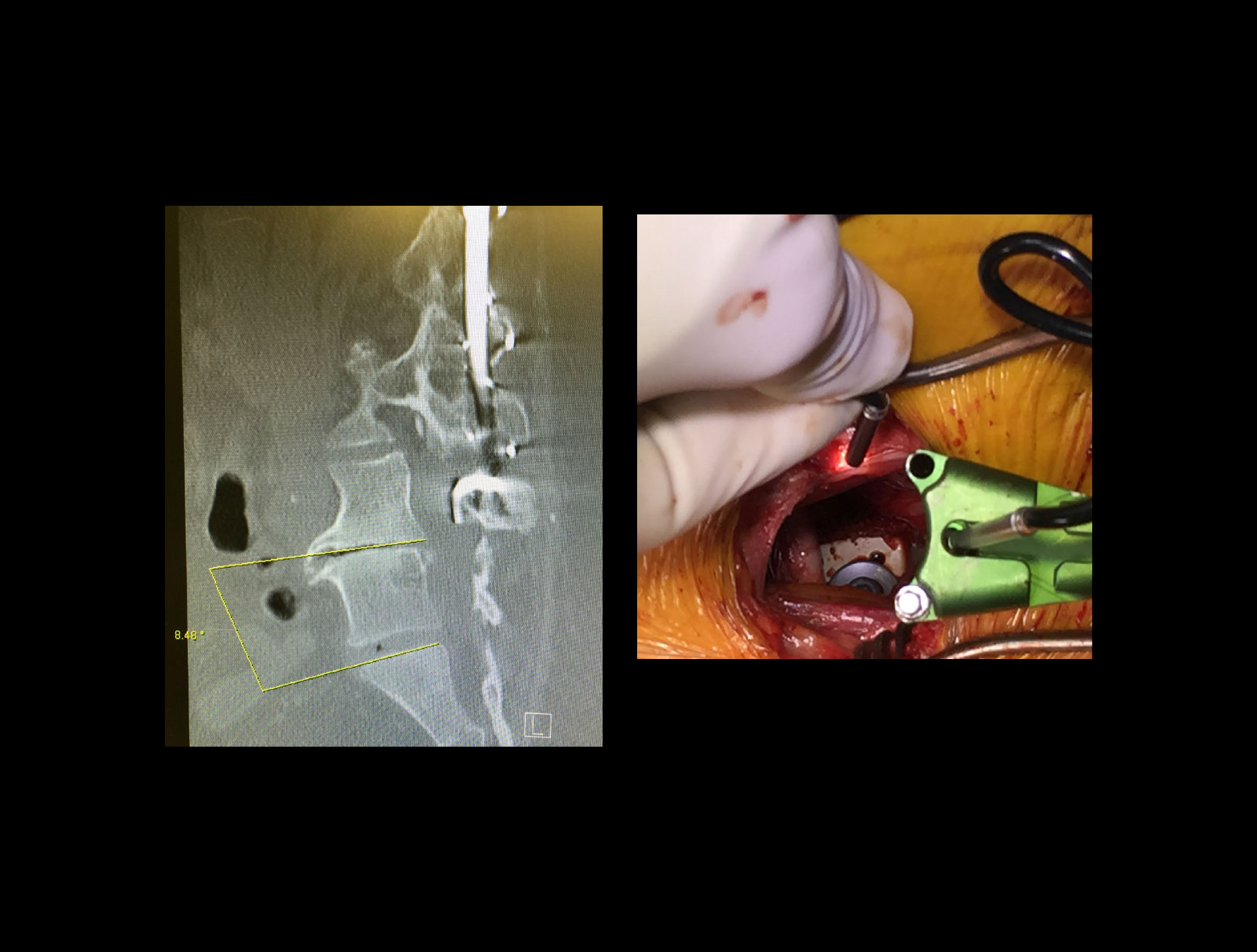 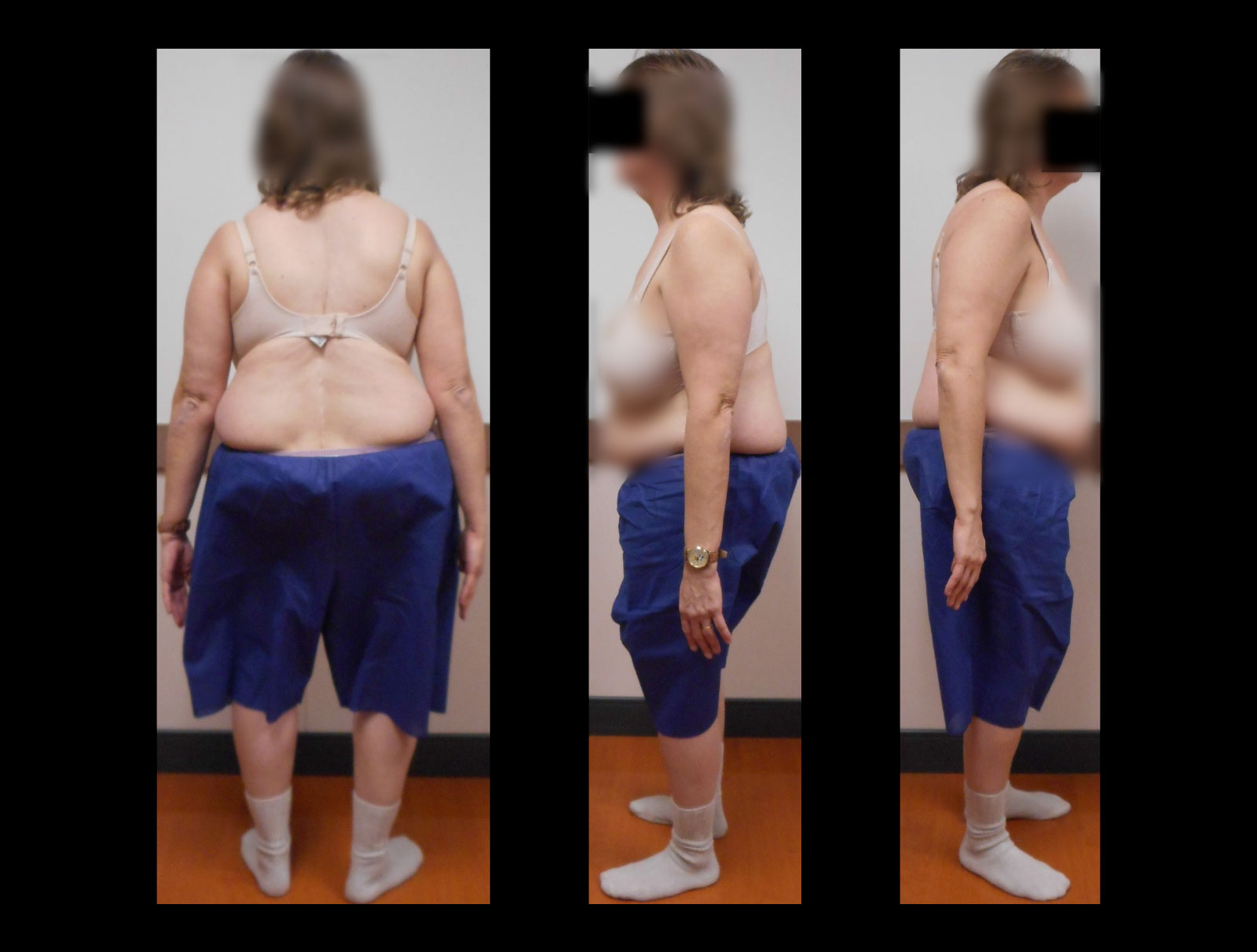 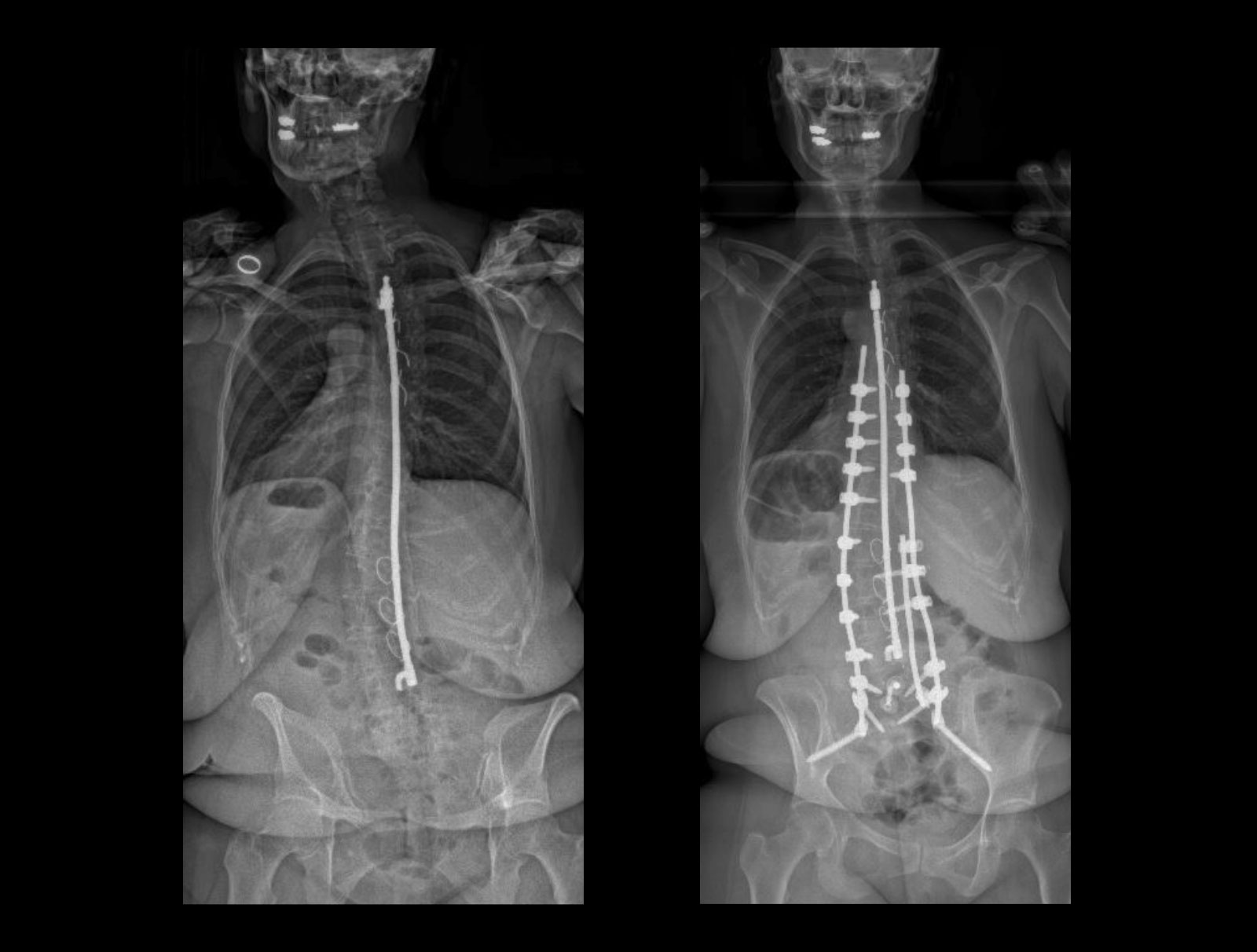 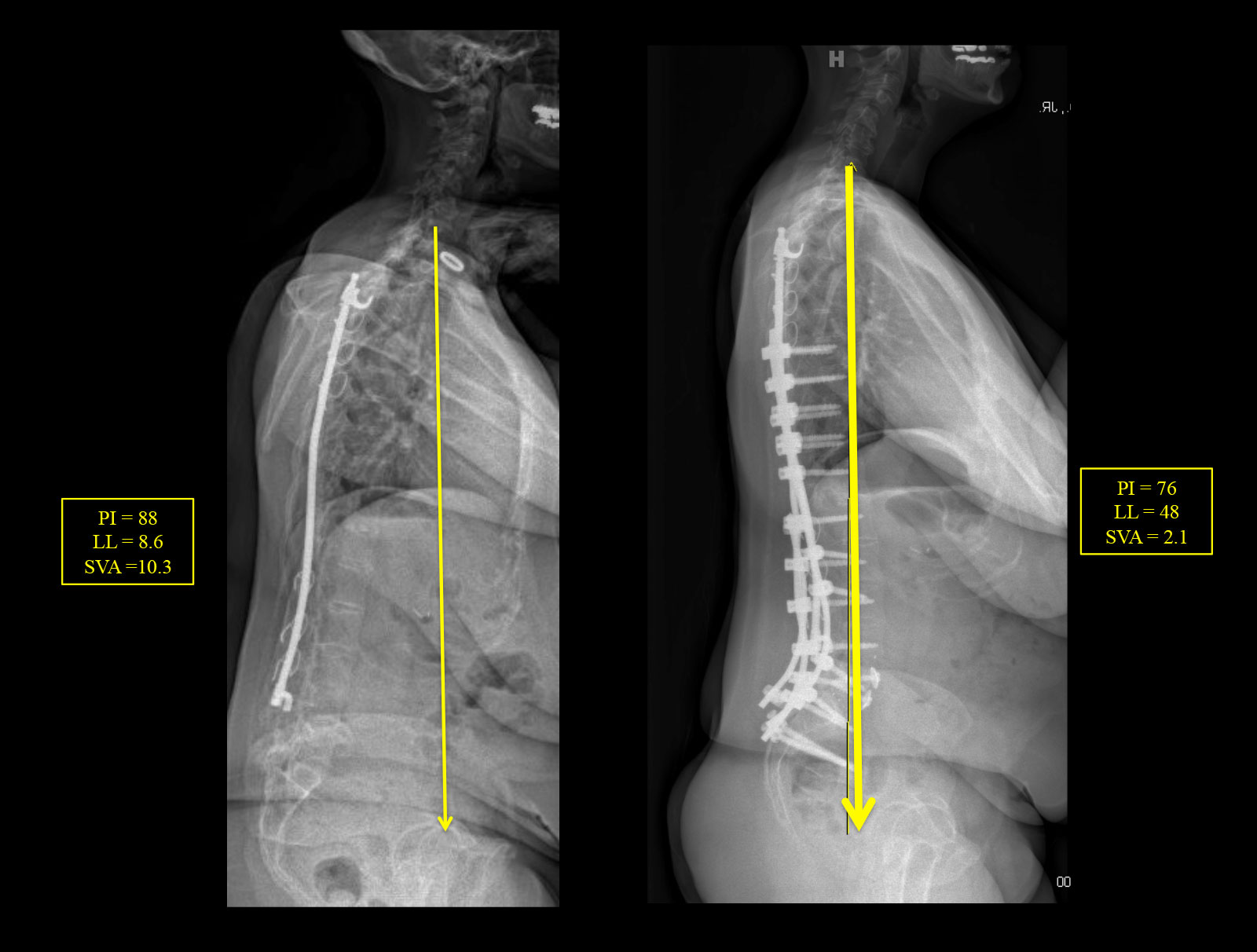 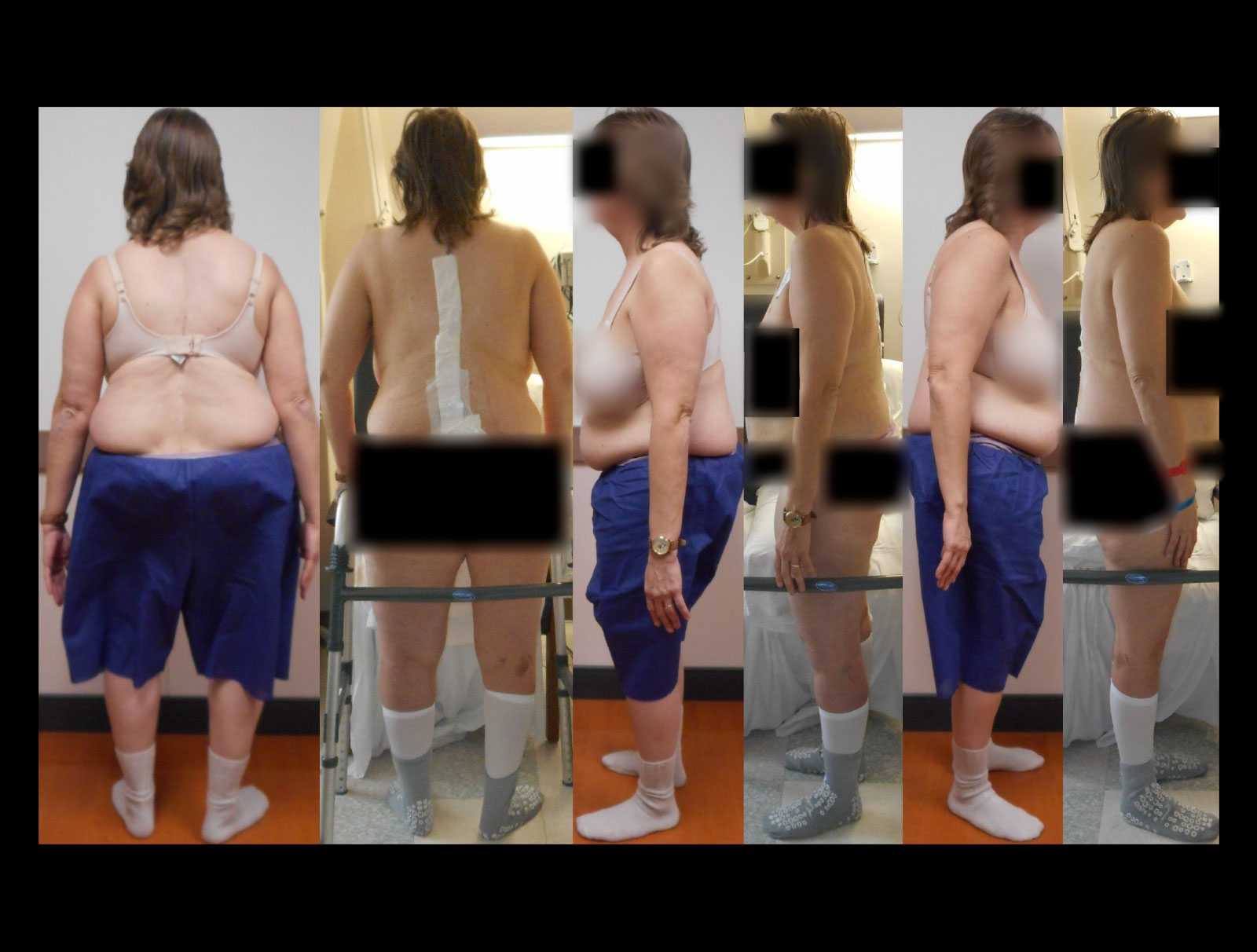 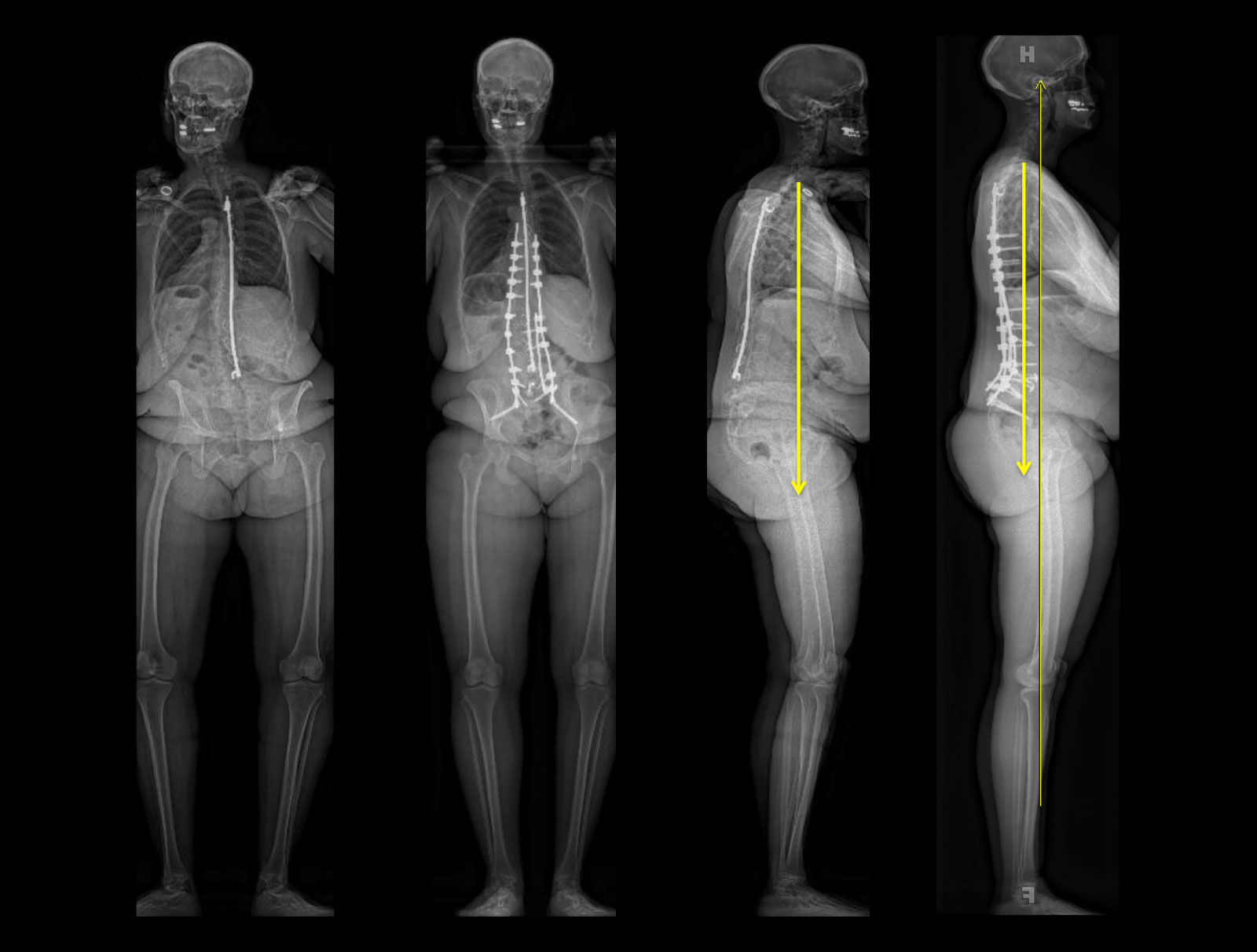 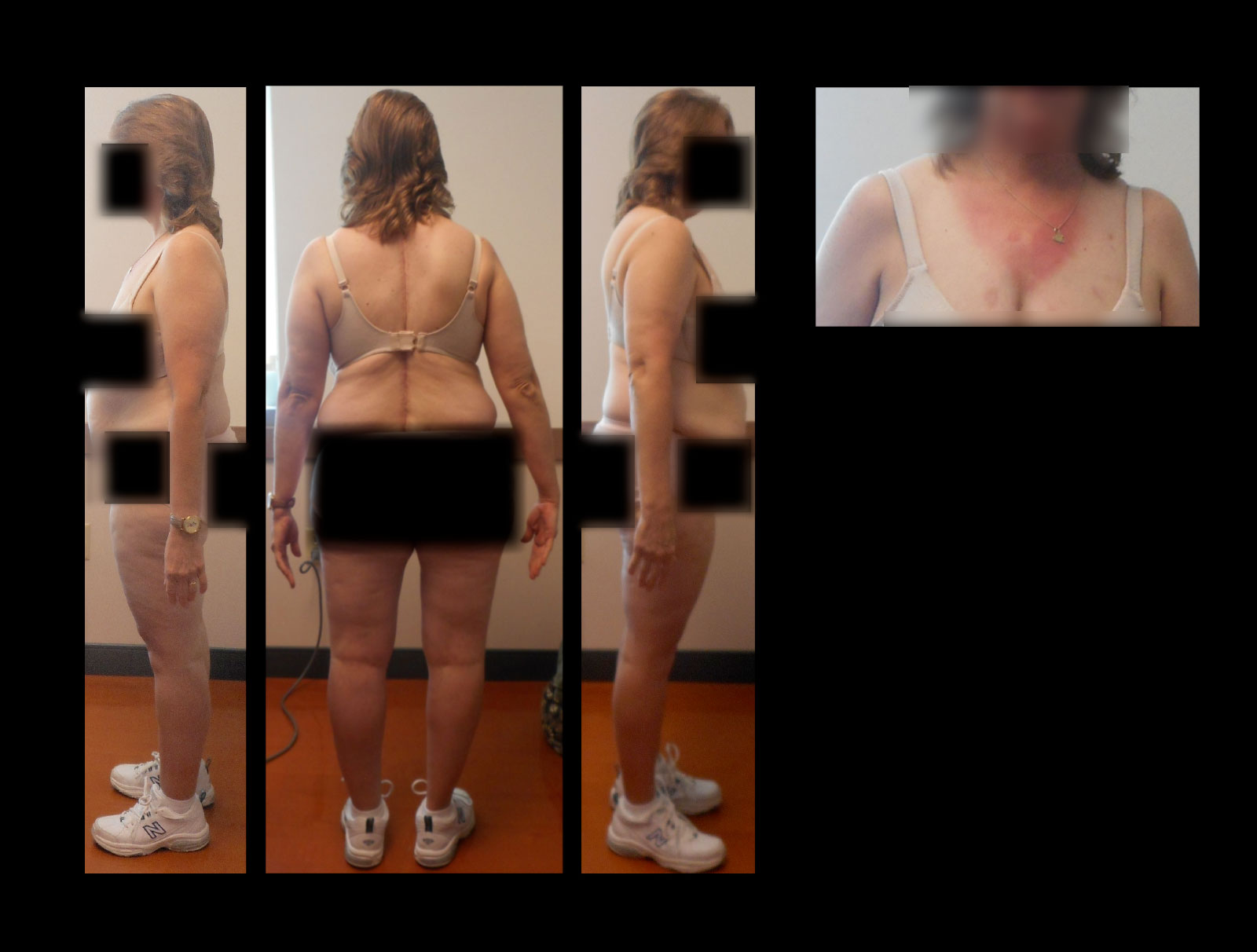 This 48-year-old female previously had T4-L4 Posterior Fusion with Harrington Rod when she was a teenager. She presented with significant pain and inability to stand up straight.  After seeing many physicians throughout the country, she found Dr. Lehman.  She was referred to Dr. Lehman because many surgeons felt she needed a pedicle subtraction osteotomy (PSO), which is a major operation with significant blood loss and risk of neurological deficits (weakness).

Even though he is recognized as a leader in this type of operation, he felt that a good result could be achieved with a novel, less invasive operation through an oblique lumbar inter body fusion (OLIF).  He performed this operation at L4-5 and L5-S1 (bottom 2 levels), and then performed an operation through her back on the same day.  She recovered well, is standing up right, has no pain and has returned to performing nearly all of her activities 3 months after surgery.